I’ve painted a close up portrait of Donald Trump on a large scale, 60 inches tall, and it’s been framed nicely and professionally in dark wood by my dad. I’m donating it to the republicans for re-election.

Some people are worth taking a long look at. President Trump pulls out emotion in the people today. He’s got them fired up because power is energy and Mr. Trump knows how power works. I love how he’s energizing the world. I thought he was a great subject to make so much larger than life.

Big time. It’s the biggest face I’ve ever done on canvas and he deserves it.

I didn’t paint our President in the usual “presidential style”and I wasn’t trying to be complimentary because who needs that kind of dishonest non-scrutiny? I think Donald Trump is happy in his own skin. For better or for worse, he knows who he is. He knows what he has to do.

We have a common sense president in the White House.

The shading is intense and serious is the mood.  He’s not Mr. nice guy. He’s tough. He’s rough. His expression is determined. I wanted the skin to be not too polished, instead heavily textured. The scale allowed for this frenetic mottling because it’s much larger than life and there was room to let my brush get harsh.

It’s hard to stand confident but I took a stand to paint this one. The resistance has made him stronger and us too. This president is not just talking, he’s doing. We can inspire people to work and succeed.

It’s the winter of my transfiguration. My best gifts should be out in front reaching a broader audience–the masses of the world need to see my creations. Creativity for all! No offense, to you dear readers, it’s not that you are not cool but more of you would be cooler.

More people need to be seeing what I’m making. My audience needs to expand across the seas and colonize space. This is what I’m up to, artistically, I’ll say. I’m the guy that values the creative endeavor enough to share it endlessly. My first painting was 30 years ago. But I want to be smart enough about it to see how it touches y’all and get that feedback directly.

It’s always “hey look at me”. I’ve got to stay humble or that could break me. It’s not easy living in the spotlight all the time. I’m happy that people might want to watch me but I have to create for them. They are what makes me.

I’m grateful to the friends being supportive. And it’s heartfelt seeing what the joining of the like-minded breeds. The creative types, together we make great things. Inspired moments indeed.

Jen asks some hardball questions, some heavy hitters. Just kidding, but I got to express myself like an 80’s HipHop star. Or a duck hunter on major American networks, either way I got to talk about some motivations and obsessions while painting this portrait of our valiant president.
If you want to hear more about my art career go to “sorg” on the menu bar at top to check me out.
Thank you so much for dipping in the fishbowl.

This is cool news.
https://3dinsider.com/best-places-to-fly-a-drone/

After you look at this, do a search for
“International Car Forest Nevada Drone”

20 bux for a Car Forest shirt.
Commemorate that strange place in the desert..
http://carforestshirts.com/

As promised, I teach you how to strech a canvas. I also make you look at a few of my paintings.
As always, please remember to see my art work, all paintings at @Art of Sorg on Facebook.

“Artists were the original self promoters” says Chad Sorg from the cool desert shade cast by towering buses he helped plant at the International Car Forest of the Last Church in Goldfield, Nevada. With Sorg’s help the roadside destination already has a sizable root system of international media publicity which is growing daily. Huffington Post calls the International Car Forest of the Last Church one of 11 therapeutic art destinations to see and Stella McCartney recently filmed a fashion video there and there’s a documentary being filmed.

Sorg portrait paints in the Midwest when he’s not living periodically as the Fishbowler in display windows across the country. He was a founder of NadaDada Motel which has proudly called to attention the work of 300 artists and performers and the New York Times published the story in 2009. He’s currently writing a book about his adventures and lessons learned. When he’s not TED talking he’s window cleaning. @Art of Sorg on Facebook & http://www.Fishbowler.me

My friend is asking me how the experience of Standing Rock for two months inspired me before moving back to my hometown in the Midwest.

To let you understand, as an artist, the art crowd has traditionally been very liberal ever since the founding of the National Endowment for the Arts. I worked in the arts industry in different capacities for nonprofit organizations and the State of Nevada as well as running my own art gallery, Blue Lyon, in Reno. We even had a victory party for John Kerry, but oops–he didn’t end up winning.

But over the course of a decade I made the transition to leaving the liberal mindset which I had witnessed to be very “gimme gimme gimme” especially in the area of the arts. I was never fond of this idea–the worship of the dangling carrot. My motto was “art is not a charity“. Independence is strength.

Standing Rock certainly opened my eyes. The most interesting situation I can relay is when the veterans came to Standing Rock, retired veterans were there to defend the water protectors against the corporate mercenaries who were shooting at our people with rubber bullets, and smoke bombs, etc. in fact I came with a veteran from Reno to Standing Rock. He left after a couple days but I stayed for two months.

The veterans were a big show. It was planned that the national media would pay attention that day. They did. It was a ruse, subterfuge. Every national media outlet I could name was there and guess what? A day or two later they announced that the county would not be giving the oil company the rights for the pipeline! The news was telling the world that we won and the veterans had put on a good visual show.

This was not the case.The water protectors did not win. One month later the county basically said “no we were just kidding”. Now by that time the media had zero interest in standing rock. This was December of 2017. The veterans event was worse than a joke, it was kind of sabotage. It was a way for the media to come and portray the water protectors as the big winners against the multinational oil corporate monster. My conspiratorial mind was provoked.

See, I was for those rednecks in Nevada at the Bundy Ranch who were going up against the Bureau of Land Management and their guns one year previous. When I got to Standing Rock it was obvious I was almost alone in that regard since the Bundy’s are white. Standing Rock was so focused on race, the Indians, even though the pipeline didn’t touch their land it was only close, everyone was focused on race, oppression, the whole liberal storyline. Seeing it all firsthand my own view was solidified, this was simply government against the people–BOTH events, all people, all Americans, however the tricky part was we use the shit out of that oil supply daily, all of us. Obama never came to save us. He knew that he would be out of office soon. Besides he was busy selling offshore rights for drilling. Of course the Liberals don’t mention this but the reality is Obama is no protector of the environment.

Trump never pretended. Immediately he protected the oil corporate interests and the cries from the water protectors of “foul play” in regard to the hired mercenaries and their military style frontline violence, well, ignored. Lots of people went to jail. Lots of people were injured. I even wrote for our publication there at the camp, Oceti Sakowin. Huge viewership.

When I came back to Indiana around February 1st, I wanted to do a speaking tour about Standing Rock, I was writing a book and I had plenty to say, however, when it gets down to the point where you need to make a clear statement, I never quite knew what to say other than there is hypocrisy amongst the protesters. We all use tons of oil and we should not pretend that these people are the enemy, they are our suppliers.

See, Trump never pretended because he is for strengthening American business once again and he always was. I was always hoping that Trump would win the presidential race because I did not see a viable alternative in the candidates however I never felt confident enough about my preference so I did not vote.

There are so many games being played it is astounding and the mainstream media is not a sideline issue, I call them the single worst problem that we have in America. The fact that so many politicians and the entire liberal media, including many publications, are so astonishingly against Trump, and relatively speaking, for petty reasons. This tells me much. This guy is an outsider in the cave of professional wolves.

I think the liberal camp hinges too much on hypocrisy, distracting from the reality of life as it is. You can’t pretend you’re against war and capitalism and continue to pretend the government should pay for everything. Racial division is their biggest game and it’s a destructive game. It’s distraction.

Trump has been clear about his desire strengthen America’s independence. I believe in his sincerity.

The most interesting point on all of this is the fact that pipelines are MUCH safer than any alternative of transport and much more efficient as well. Do they leak? Yes they do. Yes they absolutely do so the concern, instead of NO PIPELINE should be SAFEST possible pipeline.

I even got to go to Tribal Council meetings 2 or 3 times and see it all first hand. Amazing process to see. And to learn about  the truth of what the Department of Indian Affairs is and that is they are the leash keepers of the Federal Government and it’s crumbs. I got to know tribal members with various views on all of this and I got to experience the tactics used against us such as shutting down their lifeline, that highway that leads to Cannonball and the Standing Rock reservation and their biggest income producer which was the casino. I got to see it all. I even sat through the UN meetings there which focused on the excessive force used by the mercenaries. They did horrible things, this is true but not all of it was unprovoked. I got to see protesters antagonize our opponents and destroy private property while the elders prayed and shook their heads. I’m glad I stayed out of jail. I had planned on being injured and going to jail, however once I got there, I realized this would have been pointless. I think the racial points of the argument (Native American rights) was a bit unfair, however, like all good tactics, it worked to rally people and attention.

Abraham Maslow, the famed psychologist said the arrogance of creativity must be balanced with humility. 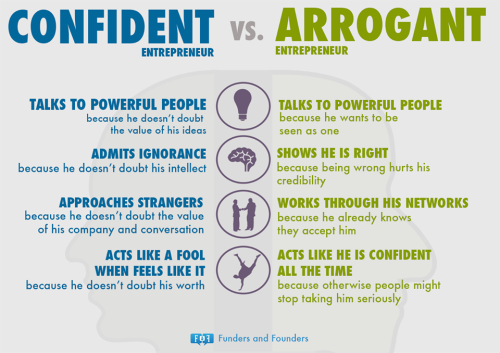